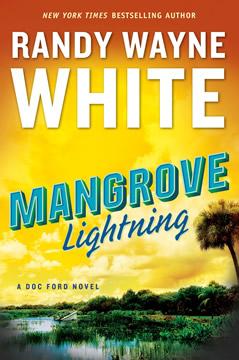 The ghosts of a 1925 multiple murder stalk Doc Ford, in the electrifying new novel in the New York Times-bestselling series.

Doc Ford has been involved in many strange cases. This may be one of the strangest.

A legendary charter captain and guide named Tootsie Barlow has come to him, muttering about a curse. The members of his extended family have suffered a bizarre series of attacks, and Barlow is convinced it has something to do with a multiple murder in 1925, in which his family had a shameful part.

Ford doesn't believe in curses, but as he and his friend Tomlinson begin to investigate, following the trail of the attacks from Key Largo to Tallahassee, they, too, suffer a series of near-fatal mishaps. Is it really a curse? Or just a crime spree? The answer lies in solving a near-hundred-year-old murder . . . and probing the mind of a madman.