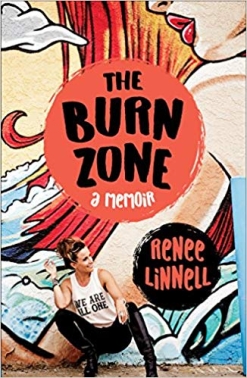 A Memoir
By Renee Linnell
Published by She Writes Press
Buy from:

The Burn Zone is an exploration of how we give up our power—how what started out as a need to heal from the loss of her parents and to understand the big questions in life could leave a young woman fighting for her sanity and her sense of self. In the years following her departure from the cult, Linnell struggled to reclaim herself, to stand in her truth, and to rebuild her life. And eventually, after battling depression and isolation, she found a way to come out the other side stronger than ever. Part inspirational story, part cautionary tale, this is a memoir for spiritual seekers and those who feel lost in a world that makes them feel less than perfect.